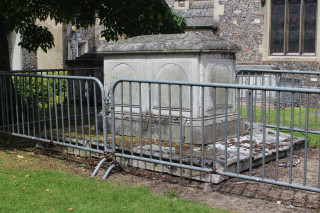 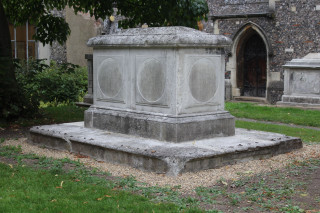 James Dundas and his wife Christian who are buried here are described on their tomb as ‘late of Money Hill, Rickmansworth’, so it is unusual that they were buried in Watford in the 1790s. With them is their daughter Harriet who died at the age of nine.

James had commanded the ship ‘Earl Fitzwilliam’ in the service of the East India Company, one of several people from Watford who served in India.