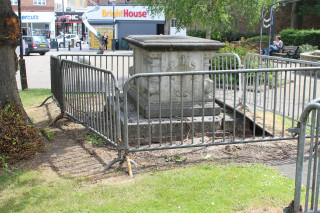 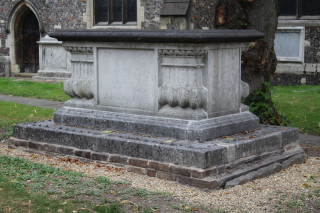 Very little is known about the people buried here. The inscriptions are in Latin and there are records which describe them as ‘nearly illegible’ back in 1881 so the possibility of gaining information only diminishes with time. All that is known is that buried here are Elizabeth, daughter of Sir William Staples, a London Merchant and her husband Ralph Morrison of Clapham. They died in 1772 and 1780.

The fact that neither appear have lived in Watford, but were buried here immediately suggests a connection with the Morrisons at Cassiobury House, but a link has yet to be found.