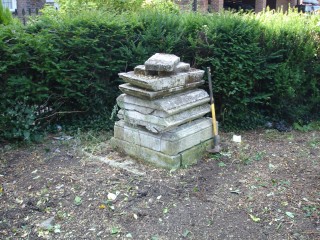 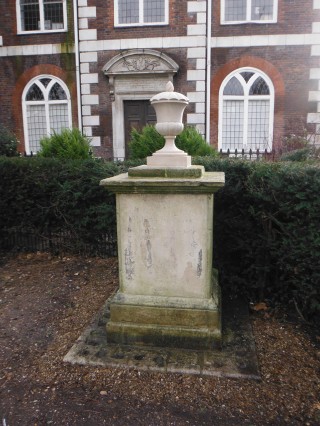 This tomb was another re-discovery made during the restoration project, as a pile of broken stone slabs which were uncovered when a hedge within the churchyard was removed. A picture showing how the memorial originally looked was located in archives so it has been possible to fully restore the tomb. Enough of the inscription has survived so that along with the use of tomb inscriptions listed in Cussan’s History of Hertfordshire we now know who is buried here.

It belongs to John Sparrow and his wife Sarah, along with three women from London; Mary, late of Queenhithe and widow of William Holliday and Mrs Ann Baily and Mrs Mary Sparrow from Kensington. These were perhaps sisters, who lived to the impressive ages of 86 and 90. Both are described as ‘Mrs’, but also as spinsters. Why they are buried in Watford however is not known.