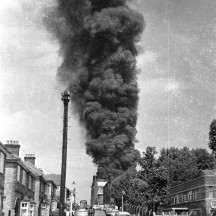 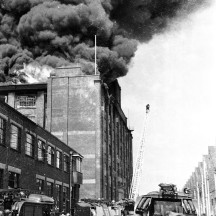 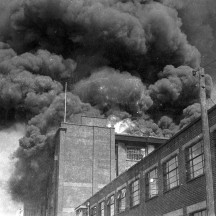 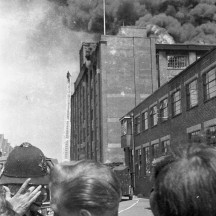 While leaving the Mocha bar café on this day in 1961. Fire engines left the old fire station in the high street at full speed bells clanging and sped toward the town hall roundabout. They then headed up St Albans road, we followed in hot pursuit, in my old ford anglia.

We lost sight of them at the traffic lights in St Albans road but by then the plume of smoke was a big clue as to where they were going. It turned out to be a fire at the British Moulded Hose factory in North Watford.

I had my trusty old Agfa camara with me. After all these years – 50 to be exact – here are the photos, the memory still vivid. Where did that 50 years go?