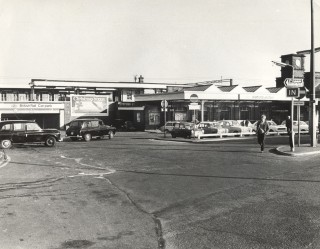 WATFORD JUNCTION could not be a better name for this contribution as it took place at said interchange.

I had been invited to attend an interview for a social work post in the area and arrangements had been made for me to be met and driven to the residential home by the deputy manager. She arrived in a Renault 6, middle aged and twenty years my senior. Whilst knowing I was being pre-interviewed, I was immediately struck by her interest in my work, and felt an immediate empathy and a desire to find out more about her.

She in contrast tells the story of my audacity having arrived at the train station in a white trouser suit. The rest of the panel we similarly impressed and I was offered a job. I was never sure if it was the white suit or my experience that clinched it.

We spent the next 3 years working as part of the homes management team, sharing the duty cover on alternate weekends. Her exterior quiet persona hides a person of immense strength of character who sees service to others as a natural part of her everyday living and who empowers those who society has disempowered. No matter that she may be the loan voice, still she strives for a ‘win win’ outcome. I’ve told others to look up the word diplomacy in the dictionary and the definition will be her name.

So that was the beginning of our professional relationship that reaches the 30 years milestone this year.

Within a few months of starting the job I began what was to become an eleven year relationship with another woman.  In that environment and at that time “It wasn’t done to say you were gay”, however whilst being professional I was not living a double life and my comings and goings had being noted.

A year later walking past her window and preoccupied with the pain from the tooth I was about to have out.  ”Have you got a minute?” “Mmm” I mumbled. “I assume you know I’m gay…”

My respect for her continued to grow, as did our friendship. So in 1983 following a year where it was clear my then partner and I had ended, we naturally got together. This year will be our 17th. Yes, we remain un-civil partners. Whilst we fought for the right to have civil partnerships it doesn’t mean we have to take it up.

So here is a not quite your usual meet under the clock on platform 3 wearing a red rose story but never the less an important part of both LGBT and Watford history.