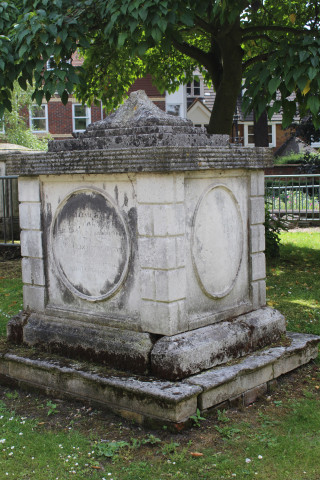 William and Margaret both lived to a fair age, but some of their children were not so lucky. John was the first of the boys to be buried in the tomb after dying at just 9 years of age. His sister Elizabeth, named no doubt after her grandmother, died at 27. Their youngest son, Charles William, is described on the tomb as ‘late of Kingston, Jamaica’ and it is thought that he may have made is fortune there. Whether this is the case or not, someone in the family was wealthy enough to pay for this elaborate tomb. There are inscriptions on all four sides quoting dates from 1794 to 1849, but there is no way of knowing when the memorial was actually erected.

Last to be buried in the tomb was William Junior’s sister, Mary who unusually for the period lived to the impressive age of 94.