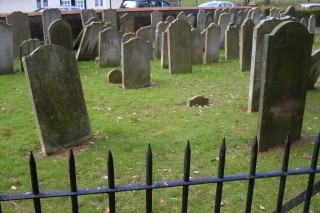 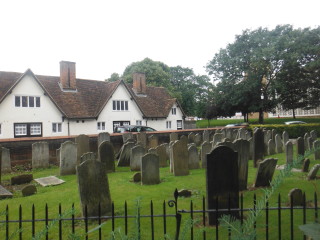 This is a very significant grave, of national significance, and represents a notable aspect of the social history of the town. It is a headstone, rather than a chest tomb and it marks the grave of a black man who was born in Gambia in West Africa. He was sold into slavery in Virginia, USA before starting work as a servant to the Earls of Essex on the Cassiobury Estate, for whom he worked for 44 years.

In the 18th century it was fashionable to have black servants. Although the slave trade was abolished in 1807 it was still legal to own slaves in this country until 1838. We do not know how he came to be working for the Earls of Essex nor how he came to England or who freed him. However, the Earl of Essex is known to have supported the campaign to end slavery altogether so it seems likely that Doney was freed by the Capels and then given paid employment.