You are here: Home>Our Stories>Schools>From Watford Field to Victoria School 1942

From Watford Field to Victoria School 1942

Memories of Victoria School from 1942 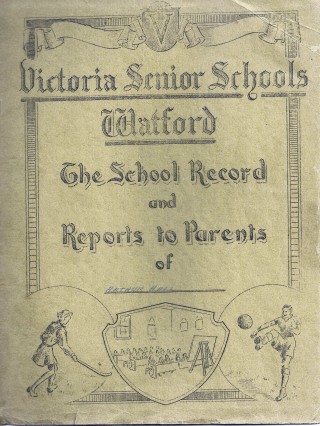 Front Cover of my school reports 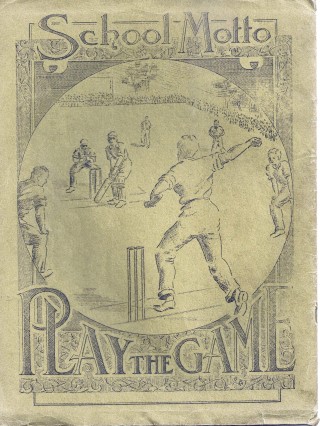 Back of my school report

I left Watford Fields school in 1942, and transferred to Victoria School situated in Addiscombe Road. Entry was via an alley called I believe, ‘Victoria Passage’. On the corner was a confectioners, further along the passage was a Blacksmiths which manufactured wrought iron gates, and fences etc., also shod the occasional horse.

I should mention that lessons were frequently interupted by air raid sirens, which sounded like a ships siren. The siren was a steam siren attached to a chimney at Benskins Brewery, and was called ‘Big Bertha’, intermittent blasts meant danger, and you had to take cover in an air raid shelter situated in the school grounds, a long lasting blast meant that it was safe to leave the air raid shelter.

The teachers that I can remember at Victoria were Mr Wells the Head Master, Mr John Hard, Mrs Murrell, Mrs Eaton, Miss Bentley, Mr Holmes – ‘Corker Holmes’ – our science teacher, and our woodwork teachers were Mr Chalmers , and Mr Lilley, my last Teacher was a Mr Cookman who arrive in 1945 after leaving the armed forces.

While at Victoria, we were expected to ‘Dig for Victory’ , and had school gardens attached to allotments in King Georges Avenue, and at the bottom of Cassiobury Park. I am not sure whether the man who took us for gardening was a teacher, or a volunteer, his name was Mr Winkmann.

My schooling in Watford ended when I left Victoria School in 1946, as the age for leaving was 14.