My husband nicknamed me the "Cassiobury Kid". 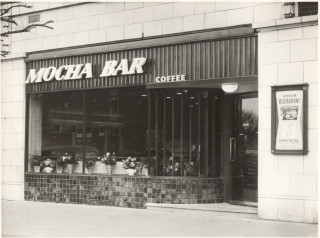 My husband nicknamed me the “Cassiobury Kid”.  I went to Cassiobury School, newly opened around 1950, lived on the Cassiobury Estate and my parents having moved from Watford after my father retired, named their house in Sussex ‘Cassiobury’.

Reading through all these memories has been a real nostalgia trip. As a child and teenager, Watford was such a brilliant and rather lovely looking town to live in. Now like many other towns, it has lost some of the landmarks that made it special. Who on earth decided that the Park Gates should be demolished?

Now on to my mish mash of memories.

In about 1960, does anyone remember when some bullocks escaped from the slaughterhouse? (as it was called then) One ran into Freeman Hardy Willis on the High Street, one into St. Mary’s graveyard and one on to WGGS tennis courts where all the girls were leaning out of windows dreading that it would be shot in front of our eyes.

I think my list of happy Watford memories could go on and on, like I went on and on at my parents when they decided to move away…