One cold and wintery day 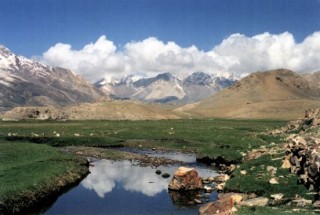 I came to England for the first time at the age of 12.  I came with my mum and two sisters as my father was already living in England. It was very cold, and a wintery day. My father came to airport to collect us, and then we came home for first time.

I was feeling very strange because I didn’t know anything about the English way of life. We didn’t have any family living in England . Gradually our father found us a school; it was called the “English language centre located in Bushy”.  I learnt to speak English at this centre; I used to travel on the train my own which I was feeling very strange and surprising.  I attended this school for 1 year before moving to Westfield school where I studied until I was 17; I still remember that exiting moment when I received my leaving letter from the school.

From that day, I decided to search for a job. Soon I started to work in a factory, sewing school blouses but I was not qualified enough to continue this work. I worked there for 1 year, and then went to the career office, they helped me to find another job in a packing factory, and I worked at this factory for 5 years. Then I moved to the ‘Real soft’ a toy factory, I worked there for 6 moths.

After six months, I went back to Pakistan to get married; I stayed there for 8 months. When I came back to England , I was 6 months pregnant with my 1st child. When my son was 2 year, I asked my mother if she can look after him, so I can go back to my work. I worked for a laundry service on Sydney road. At this time, I was in the process of applying for my husband’s sponsorship to come in England . But unfortunately U.K Embassy refused to give him visa.  It took 4 long years, I had to go through the court and appealed for my husband to be granted a visa and to be allowed come in U.K and to join his family.

I felt that was a big struggling point in my life, I was working full time and looking after my son, although I had caring parents who helped me a lot in that difficult time but I was so upset and was feeling lonely as my son and my husband both missed each other’s company and early child hood of our son for 4 years, and it was not still certain that he would be allowed come in England.  But with grace of God his appeal became successful and he arrived safely to join us.

My husband found a job quickly when he arrived and we moved in to a council house.  We both worked hard and support each other, and after 2 year, we bought our first house where we lived in for 5 years.  During that time, I had 3 more children.  When my youngest son was 1 year old; we decided to buy a bigger house. When we moved in to the new home, I found a part time job as a dinner lady at a local school, near to my house, where I am currently working.

Now as my children are grown up and are in full time education, I want to use my time to improve my English and computer skills or to go on other skills for life courses.