"I was born in village Roli of Azad Jammu of Kashmir on 28th of April..." 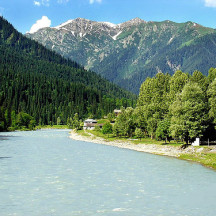 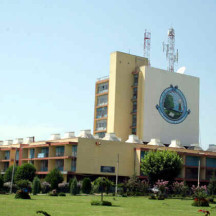 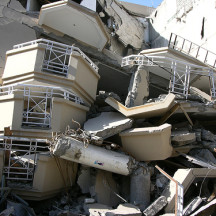 “Read in the name of lord, who created man from embryo. Read for the Lord, who is the most beneficent. Who taught by the pen, taught men what he did not know”.

I was born in village Roli of Azad Jammu of Kashmir on 28th of April. My father works as a reader in session courts of A.J. Kashmir and my mother is a house wife who spends her time in cooking, sewing and knitting.  I have three sisters and three brothers.  My elder sister is a doctor and my younger brother is in class 10.

At the age of five, I joined local primary school then went on to high school.  I work hard and in 1998 I passed my matriculation exam in highest second division. I have done F.S.C and B.S.C in a very tough science combination (Zoology, Botany, and Chemistry). As teaching is a noble profession in Pakistan, I wish to join the teaching field. As for lecturer job, master degree is compulsory so I took admission in Muzuffarabad campus of Azad Jammu and Kashmir in June 2003.

Muzuffarabad is capital of AJ & K. High Mountains and songs of river water fascinate me during my hostel life in Muzuffarabad.  After two semesters, I was on internship call in Bagh district of AJ & K. Bagh seems to really be the part of heaven on the earth. After completing my internship I rejoin university on 1st of October 2005.

As I have good memories of my student life, same time I have nightmares of earthquakes disaster on 8th of October which destroyed most of the cities and small villages were completely wiped out from the face of the earth.

At that very moment, I was in university’s hostel when whole building started to rock like swing. First few minutes of disasters, I was unconscious and within few minutes, 80% of the hostel’s building was collapsed but luckily, few of our rooms were still there. With the blessing of God I was safe and sound in my room upstairs. While I was trapped in my room, I could hear voices of the girls underneath the debris, praying to God,  I can’t forget those voices crying for help, I also started to pray to God, “Oh Lord, either we live alive or die without more sufferings, what ever is in our favor”.

When I came out of the destroyed building, there was nothing left except remains of the destroyed capital of State of Azad Kashmir,  buildings, schools, banks, hospitals and roads every thing was upside down.  The voices of buried women, men and children were every where and were hammering in my brain.  A high school was next to our hostel, the school building was totally collapsed and all the students inside the building were dead. At that time people were feeling helpless because whole infrastructures were destroyed. At that time, I could give only hopes to my colleagues who had major injuries and were crying for help. That day passed without any medical aid, food or water but fortunately in the evening, a young man brought some painkillers and bandages from somewhere. At night time, heavy rain started, I was sitting on the university’s ground with other students without any shelter, warm clothing, food or drink.  At 10p.m a minister from my native town Kotli, took us (students from Kotli) to his house which was in little bit better position than rest of the buildings. Our parents and relatives were helpless, as they were unaware of our survival and we were unable to inform them as all the means of transport, roads, communication systems and electricity every thing was destroy or disconnected.

It was month of Ramadan, next morning all the girls kept a fast by eating white rice, in the early morning. The sun rose with voice of helicopters.  Mr. Minister arranged to take seriously injured girls to Islamabad.  In the evening, linked road to Rawalpindi was cleared and re-opened; he borrowed three cars from other ministers and took us to another city, Abbottabad.  From Abbottabad he hired a coaster for Rawalpindi.  My parents were waiting there for me. They were happy to see me safe. When I reached to my house at 2a.m, my all family members were waiting for me. The following day, I started collecting aids for affected people.

Those two days were very horrible and unforgettable and going to stay with me throughout my life.  Because of this experience and seeing death so closely, I feel that no one is certain what be could happen at the next moment or what is waiting for us round the corner.  I am still shocked deeply upset to know that how greedy and ruthless people  who had no fear of God and were looting the shops, houses, banks and were snatching  gold, mobile and wallets  from dead bodies.

In February our university was transfer to Islamabad, Capital of Pakistan, for the sake of student’s career. Different departments of our University were distributed in different universities of Islamabad. But I still manage to continue my education  and with the blessing of God and the prayers and support of my parents, teachers and well wishers,  I passed my master degree with 78% marks and completed my research project in December 2006.  My whole family was over the moon on my success. I like tourism because it gives chance to know about different cultures. I really enjoyed my student life trips especially trip to Abbottabad with UNICEF as a girl guide.

I got married in April 2007.  My husband is a British citizen and works in London.  My husband and my father-in-law came to England in 1978, and then they sponsored other family members. After four months of my marriage, I got visa for U.K. and came here in August.  I still remember that it was rainy day and I was traveling alone.  My husband, parents -in -law and cousins came to receive me from Heathrow airport.

I am very lucky to be alive and I am enjoying my life in U.K. I wish to retake my degree in teaching and then would like to join the teaching field. Although, life now is going very well for me, I will not be able to forget these shattered memories.