"I am a French national who was born in a French little village in 'Basse-Normandie'..." 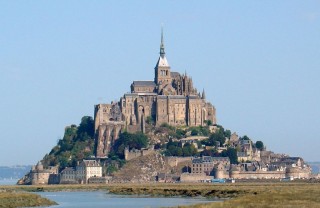 I am a French national who was born in a French little village in “Basse-Normandie”, not far from “The Mont Saint Michel”.

I could walk to my tiny primary school and for my secondary years, I ended up in a state boarding school in the nearest little town for five days a week; there were not enough buses to get to it. No choice! I put up with it for six years!

Next, I went to University and finished my first French law degree in 1979.

In the intention of carrying on with international law, I decided to come over to England for one year in order to practise and improve my “school English”. I was a twenty one year old student!

I was a bit nervous to start with! I caught the ferry for the first time and the crossing lasted for five hours. The ferry was late and I arrived in Southampton at 10 o’clock p.m. I was a lost young French girl! Luckily, I met a lovely English couple on the boat who wanted to act as parents for me.

They did not live far away from Southampton and rescued me for the night. I did not have a clue where to find a hotel! What a help! The next morning, they rang the school where I was going to work for one year and insisted that the Head of the Language department should meet me at the train station. They found out the train timetable for me and told the school the time I would arrive. They wanted me to be safe! They drove me to the station and asked me to ring them when I arrived in Burnham. I was so lucky to meet that couple!

I wanted to learn proper English! To achieve my aims, my FrenchUniversity had found a job for me as a French assistant in a Grammar school. At the station, Mr…. was waiting for me and welcomed me to the little town very nicely. He had searched and found a room to rent in an English lady’s house. This lady was living by herself and maybe needed to use her extra space for money! She was very pleasant and helpful giving me enough advice to manage to travel to school by bus. She was a “real” English lady cooking “real” English food: This was a bit of a shock for me to start with!

I experienced a few hours a week serving in a pub.

I realised how different is an English pub life to a French café. How funny to see a crowd of ‘bees’ rushing in at seven o’clock in the evening drinking like ‘lunatics’ until eleven o’clock! Drinking what?…Beer!

I found it a nice way for me to meet English people, especially young people!

I enjoyed that year very much as I got on very well with the A ‘level students and I could see their improvement in speaking French! It was then that I realised that I would like to start in the teaching profession.

To practise and improve my English , I entered for two English Cambridge exams which I thankfully succeeded!

Coming from Normandie, the English rainy weather did not bother me!  The weather is the same there !

As I was then interested in teaching, I decided to do a Teaching degree ( B.ed Honours) in England. During my five year degree, I spent one year in University in Quèbec, Canada,  to practise more French !!!!

While studying, in order to practise my teaching, I was teaching one class of  adults and guess ?………..One of the students became my husband.

I finished my degree and teaching became my job. I taught for a few years in a secondary school, in a further education college for two years and also in a preparatory  school where I taught four to eleven year old children for a long time.