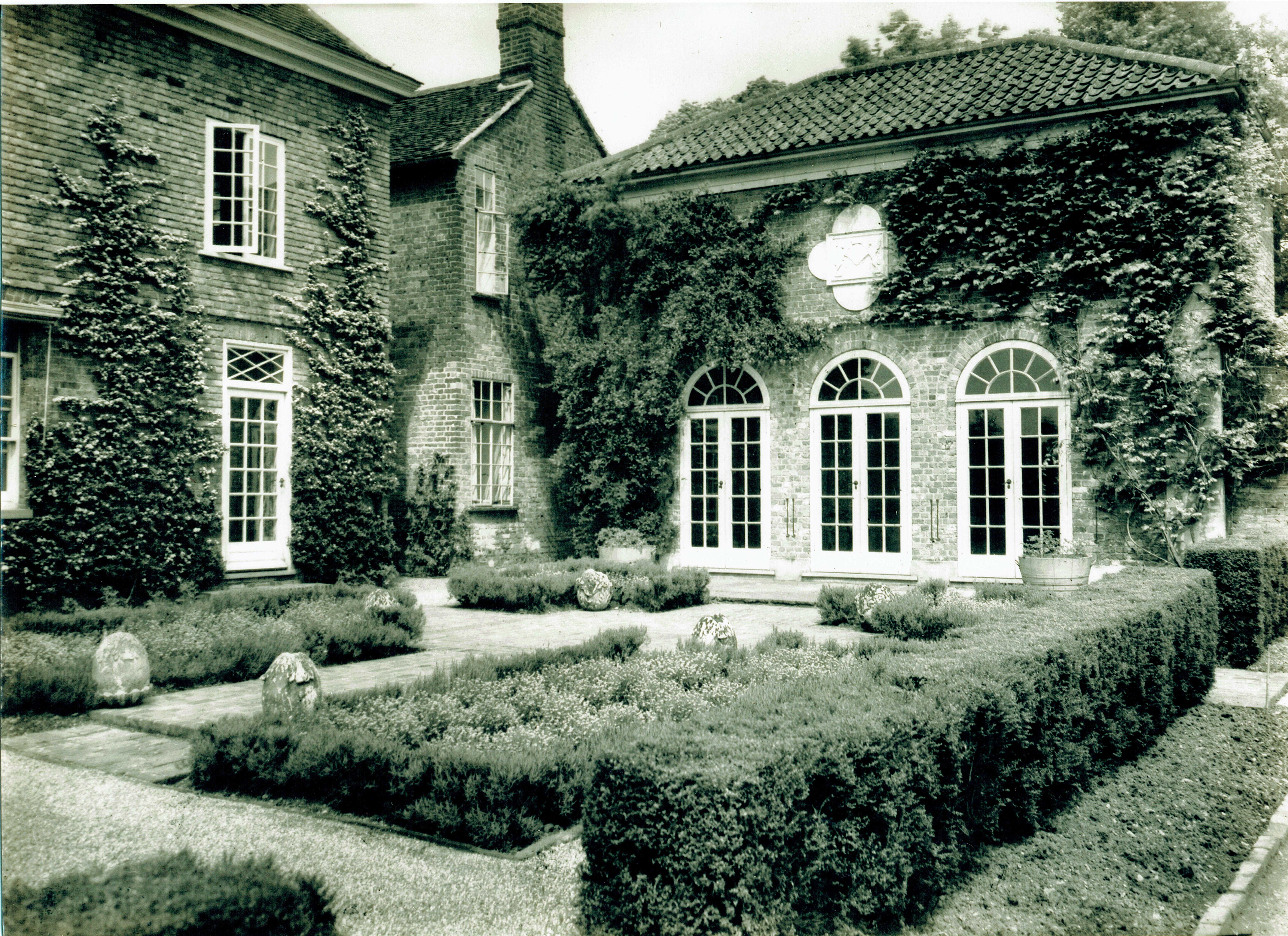 Little Cassiobury is thought to be a dower house built for Elizabeth Percy, Countess of Essex. The exact date of Little Cassiobury’s construction is unknown although recent study suggests the house could have been built in the late seventeenth-century, about the same time Hugh May was working on Cassiobury House. However, there is no direct evidence to support this.

The turn of the early twentieth-century saw a downturn in the fortunes of many of the great aristocratic estates in England, the Earls of Essex being no exception. After the untimely death of the 7th Earl in 1916, and the resulting death duties’ bill, the family were no longer able to maintain the Cassiobury estate. The estate was put up for sale in 1922 and Little Cassiobury was bought privately by Watford resident and merchant Mr. George Blake, who lived in the building with his family until 1926.

In 1927 Little Cassiobury was sold to Mr. Cuthbert Andrews who lived in the house with his family until 1930, when it was sold to chartered accountant Henry L. H. Hill. During this time the building underwent renovation by celebrated architect Sir Clough Williams-Ellis, who in 1930 added the south-eastern section to Little Cassiobury. Williams-Ellis is most famous for his design of the Italianate holiday village of Portmeirion in Gwynedd, North Wales.

In 1939 Hertfordshire County Council bought Little Cassiobury by compulsory purchase from the Hill family to allow for the construction of Watford Technical College, now West Herts College, in its grounds. A similar pattern can be seen throughout England with many great country houses being demolished in the early twentieth-century, whilst those that escaped often became hotels, schools, hospitals and museums.

After lying vacant for a number of years Little Cassiobury has fallen into disrepair. This building is now part of a larger heritage project run by Watford Borough Council looking to preserve the stories of Watford’s historic buildings. As one of the only three grade II* listed buildings in Watford it is of great significance to the town’s heritage. In partnership with Savills, Watford Borough Council has recently commissioned a survey of Little Cassiobury to better understand its rich history and to suggest sustainable options for its future.