The Architectural History of Little Cassiobury 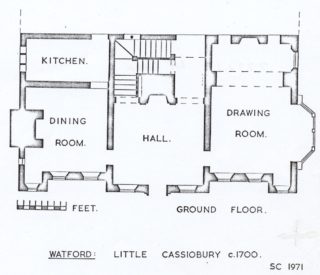 No one is quite sure of the original date of Little Cassiobury’s construction. Recent study dates it to the late seventeenth-century about the time Hugh May was working on Cassiobury House, although there is no direct evidence to support this claim. However, it is thought that Little Cassiobury underwent major structural changes in its history, one of these by celebrated architect Sir Clough Williams-Ellis.

Hugh May (b.1621 d.1684) was the seventh son of John May and cousin of Baptist May, keeper of the Privy Purse to Charles II. May was an outstanding English architect of the seventeenth-century, famous for his remodelling in 1674-1684 of the upper ward of Windsor Castle. A man of the court, May also offered his services to other great estates of the time including: Berkeley House, Piccadilly (1665); Holme Lacy, Herefordshire (1674); and Cassiobury House, Hertfordshire (1677-80). 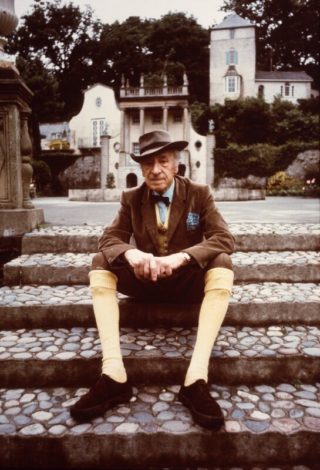 Sir (Bertram) Clough Williams-Ellis (b. 1883 d. 1978) was the fourth son of Revd. John Clough Williams-Ellis and Ellen Mabel. After leaving Trinity College, Cambridge, without completing his degree, Williams-Ellis enrolled as a student at the Architectural Association in London 1903. His work flourished between the wars designing the baroque chapel at Bishop’s Stortford in 1930. His most famous work, begun in 1925, is the holiday village of Portmeirion, a beautiful Italianate village in Gwynedd, North Wales. Williams-Ellis was appointed CBE in 1958 and knighted in 1972.