A visitor from Carpenders Park 1940 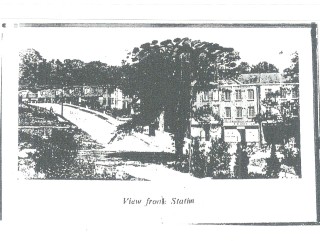 Shops at the bottom of Carpenders Ave 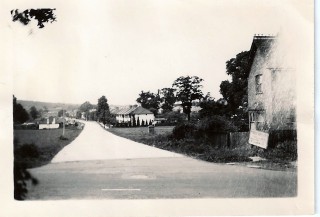 We moved to Carpenders Park on the St Meryl Estate in 1940. Build of the estate had ceased due to the start of World War II.There were no schools, and few shops. Hence, we had to travel to Watford by train or the 302 Bus from Waford Heath for our shopping and entertainment. We travelled by ‘Premier’ coach to school, ‘Premier’ Coaches was owned by the Hewitt Family, and their premises were in Queens Avenue. I attended both Watford Fields, and Victoria Schools.

Our first visit to Watford was by train, destination Watford High Street Station. On leaving the station, we detected an unusual smell, which we discovered came from a Brewery called ‘Benskins’ and ‘James’ a grain merchant. We then started to walk in the wrong direction down the High Street, arriving at Fox Alley, we noticed a tool shop called Tividales, it was when we reached Swan Alley that we realised we were going in the wrong direction for the main shopping centre. We crossed the road by a butchers called ‘Dumbletons’ proceeded past some very large gates with the sign Sedgwicks, then a leather shop called ‘Swanns’, a Fish & Chip shop called’ Westons’ a cafe called ‘Cosy Cafe’, a turning called Cow Lane in which was ‘Gibsons’ slaughter house. We were now back at the station, ready to shop in the correct direction.

The photo is of the small shopping parade at the bottom of Carpenders Avenue in the 1940’s.